The Lord himself goes before you and will be with you; he will never leave you nor forsake you. Do not be afraid… (Deuteronomy 31:8)

About two weeks after my surgery in December 2011, my friend Susan came over to my house for a visit.  Five years earlier Susan had undergone surgery for the removal of a parotid gland tumor and she also had to follow-up with radiation treatments.  When she offered to come over and answer any questions I might have – and help dispel my fears about my upcoming treatments – I readily accepted her offer. 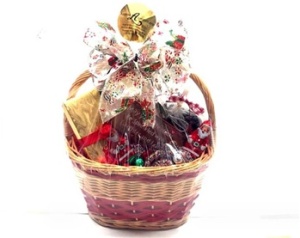 She complimented me on my appearance (“I can’t believe you look so good so soon after surgery!”) and immediately put me at ease about what lay ahead for me. She told me that as difficult as the treatments were to undergo, she had never felt so close to God; she sensed Him by her side at every moment, full of tenderness, assuring her of His great love for her and that He would never leave her or forsake her.  Her testimony was inspiring.

She went on to explain that for her, the most difficult aspect of the treatments was not the side effects, which she was able to manage in creative ways, but the feeling of claustrophobia that occurs while inside the machine.  She described how before treatments can begin a tight-fitting mask must be made of the patient’s head – and she showed me hers, which she had brought along.  She explained that the mask is made by stretching over the face and head a thin layer of moldable plastic, which is perforated so to allow for breathing.  This sheet of plastic is then fitted tightly around the head and attached to the pallet upon which the patient is laying.  The patient must remain motionless for fifteen minutes while the mask hardens around his or her face and head – and eyes must remain closed and mouth shut. 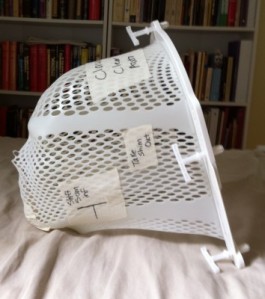 Once the mask had fully hardened around the face, it is ready for use in securing the patient to the pallet for every treatment.  In radiation therapy, pinpointing the exact spot to be radiated is essential so that cancer cells are destroyed, but not too much of the surrounding healthy tissue.  Therefore, when treating a patient with a head or neck cancer, measures must be taken – such as making sure the patient’s head is immobile – in order to ensure that eyes, ears, spinal cord or brain are not needlessly exposed to radiation.

Susan also told me that during each treatment, after the patient is secured to the pallet, the technicians must then leave the room before the pallet is conveyed into the machine and the actual treatment begins. 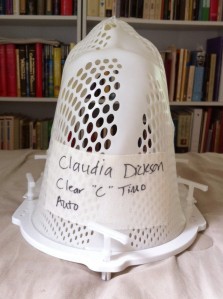 Because the risk of radiation exposure is too great for anyone to remain in the room with the patient, the technicians monitor the treatments from an adjoining room, equipped with a window, through which they can see the patient.  So being left alone in the treatment room, bolted to a pallet, which is then wheeled into what appears to be a very tight tunnel-like machine, is quite alarming. The sensation is not unlike that of being sealed alive into a coffin.  Many head and neck cancer patients undergoing radiation treatments choose to sedate themselves before every treatment so that they can get through it without an anxiety attack.

But Susan assured me that the Lord’s presence with her was so powerful that she was able to undergo the treatments without needing sedation; she even reached a point toward the end of her treatments where she felt secure enough to open her eyes – and even then, fully aware of the confines of the space and what was happening to her, she was not frightened. 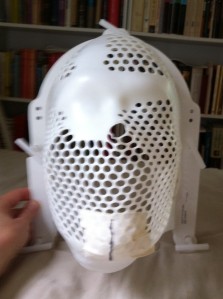 She also told me that at the hospital where she underwent treatments a CD player was available for patient use in the treatment room.  So for each treatment she brought along a favorite CD, which the technicians played for her while she was alone in the room.  She found it immensely helpful to listen to her favorite music while undergoing the treatments and she suggested I inquire whether a CD player will be on hand for each of my treatments.

All this information was a gift from God.  Not only did Susan supply me with the facts I would need to know beforehand (something that no one in the Radiation Oncology Department at UNC thought to offer), the details were also deeply personal.  Susan was someone who had gone through the same experience I was about to face – and she could assure me that it was possible to get through it relatively unscathed.  Furthermore, her testimony gave me hope that what God had done for her, He would also do for me.  To this day, I will never forget Susan’s kindness in taking the time to minister to me by sharing with me her own experience.

When the time came for me to go to my “pre-treatment” appointment, where the mask for my face would be made, I knew exactly what to expect. Even though for most people that pre-treatment appointment turns out to be an ordeal, by God’s grace it was not for me.  As I lay bolted to the pallet, with the freshly made mask conforming to my face and head, the Holy Spirit helped me to think of this molding process in metaphorical terms, which led me to pray, “O Lord, conform me to your image.”  As I repeated that prayer over and over, I was filled with the peace of Christ.

However, there was an unexpected component to that appointment: before they left me alone on the pallet, the technicians proceeded to make a small, round, black tattoo on the middle of my upper chest, about three and a half inches below my collar-bone.  It dawned on me that this was the reason I was instructed beforehand not to wear an article of clothing that fitted tightly around my neck.  But nothing had been said about a tattoo when that instruction was given.

As they were making the tattoo, the technicians explained that it would be used for every treatment to make sure I was correctly positioned on the pallet.  Although the machine would be programmed to target the location on my head where the right parotid gland used to be, in order to hit that mark my torso, as well as my head, needed to be positioned correctly before I entered the machine.  I still have that tattoo today, although it has faded to a watery blue.  It has a new purpose though – it now serves to remind me of God’s faithfulness during a very difficult time.

Next installment: a Christmas to remember.