Losing Control (sixth in a series)

Anything we can do without prayer and without an utter dependence upon God must come from the spring of natural life that is tainted with the flesh. (Watchman Nee, The Normal Christian Life, p. 232)

This week I continue with the topic of will power by describing some of the signs which may indicate we’re exerting self will instead of acting in faithful obedience to God’s will. Mary’s insightful comments to my post last week are so helpful as we look at the motivations prompting our efforts.  She described how God asked her what her reaction would be if someone else accomplished, perhaps even better, the very thing she felt called to do. Would she rejoice that His will had been done? In asking ourselves such questions we may discover we’re being motivated by pride instead of a faithful desire to serve God and give him the honor due his name. 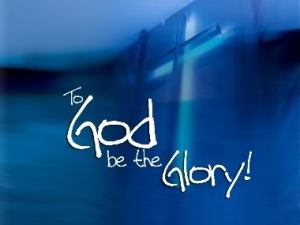 I know all too well how easy it is to turn service into self-promotion.  Each week, as I write for this blog and pray for the Lord’s will to be done through it, I have to address issues of pride that arise.  But I’m also thankful such pride is revealed because I don’t want to operate under the influence of will power. I’ve done that too many times in the past and the effects are so injurious to my spiritual well-being.

I can remember back twelve years ago when I began a writing project because I felt called by God to do so.  But it quickly turned into an effort where I felt I had to prove to the world that I could produce a book. I found myself obsessing about my progress each day.  It was the last thing I thought about before going to sleep and the first thing that came to mind when I awoke.

The members of my family could tell I was distracted because I was usually looking right through them, lost in thought about some aspect of the writing, and not really listening to what they were saying.  And my prayers consisted mainly of “Lord, help me finish” instead of “Lord direct me to accomplish your purposes.”  Finishing was my goal, but I had no idea whether it was God’s goal – and I was not interested in finding out.  I did complete the project, but the sense of accomplishment I looked forward to enjoying did not last long.  It never does. Pride is insatiable.  Soon it demands we undertake a new project in order to satisfy that need for “a sense of accomplishment.”

I have since learned the importance of prayer and of asking others to pray for me as I contemplate whether I am called to take up a task or responsibility.  If I discern I am called to serve the Lord in a particular way, I continue in prayer, with others, bringing every aspect of the work before God.  I hold in my mind the thought that I labor on God’s behalf and according to his timetable and goals, not my own.  And I stop from time to time to pray and make sure I haven’t gotten ahead of him.

Here are some questions I now ask myself about any work I take up in the Lord’s name:

In addition, the following are signs, based upon my own experience, that you’re running on will power:

There is no grace or Sabbath rest (the peace which passes all understanding) when we’re operating under will power.  Instead, we end up with a continual sense that there is yet one more thing that has to be done and the nagging fear that our work will not reflect favorably on us.  But in his second letter to the Corinthians Paul gives us the Lord’s perspective on

our service in God’s name: “My grace is sufficient for you, for my power is made perfect in weakness.” (12:9)  When we are free from the burden of pride we don’t have to worry about the direction or results of our work. Instead, we can rest assured that we have the Lord to guide and empower us.  We also get to experience the joy that comes from collaborating with him and from using the unique gifts he’s given us.  Finally, we are guaranteed he will bring glory to his name through whatever we do, regardless of whether or not the world sees value in it.  We can then rest contentedly in God’s abiding peace because our efforts are not being driven by will power, which is a thoroughly relentless taskmaster.

Next week: Avoiding the exercise of will power during the season of Lent.

I am an Anglican priest, author, wife and mother. Writing and teaching about Christian life and faith are passions of mine.
View all posts by Claudia Dickson Greggs →
This entry was posted in Losing Control and tagged 2 Corinthians 12:9, control issues, pride, Watchman Nee, will-power. Bookmark the permalink.

8 Responses to Losing Control (sixth in a series)