Bringing Home the Faith: a Pastor writes to her teenage son about Christian belief is a series of ten letters I wrote for my son addressing his doubts about Christian faith and answering his questions about what Christians believe and why.  Each letter is preceded by an Introduction which introduces the topic.

Last week in Letter #1, I wrote about how to explore faith in God while still having doubts. I continue with this topic, starting from the last paragraph of last week’s post:

My point is this: if you want to explore faith in God do not set up standards or pre-conditions He must meet. It’s important we try to discover God’s point of view, and set aside ours, at least for the moment. If we insist that belief in God must not conflict with what our laws of science or nature say is possible, or must be dependent upon whether we find the Bible unobjectionable or the behavior of Christians acceptable, we won’t get anywhere.

Besides, our point of view isn’t always clear-sighted.

Like the man who thought the moon landings were a hoax, we may have something which gets in the way of seeing God for whom He really is. We should also be willing to admit we may be wrong about some things. This is a healthy approach to any kind of exploration.

From our human perspective God’s behavior does seem ludicrous, at times. For example:

It’s hard to for us to understand why anyone would do all that in order to save from death and destruction people like you and me, who don’t always appear to be grateful. Yet, if we want to be sincere about exploring faith in God, we’ve got to be willing to set aside our notions of how God should act and what God should do and find out what His perspective is.

Here’s what I’ve learned about God’s perspective: He loves us so much that giving up His life in order to save us from our sins is a sacrifice worth making. This is the purest form of love – and only God is capable of it. The Greek word for it is agapé. It means to love without self-interest. It’s a kind of love we’ve probably never really experienced before and it demonstrates for us that God will stop at nothing to win us back, no matter the cost to Him. The apostle Paul says in his letter to the Romans:

God demonstrates his own love for us in this: While we were still sinners, Christ died for us. (Chapter 5, verse eight)

Each person whom God has created is important enough to die for, from His perspective, even for those who are unbelieving and scornful. Although we may conclude this doesn’t make sense to us, it would be a mistake to end our exploration at this point. We need to find out why God’s behavior makes sense to Him. This is the way to go about it.

Paul addressed this subject in his first letter to the Corinthians:

So where can you find someone truly wise, truly educated, truly intelligent in this day and age? Hasn’t God exposed it all as pretentious nonsense? Since the world in all its fancy wisdom never had a clue when it came to knowing God, God in his wisdom took delight in using what the world considered dumb—preaching, of all things!—to bring those who trust him into the way of salvation. While Jews clamor for miraculous demonstrations and Greeks go in for philosophical wisdom, we go right on proclaiming Christ, the Crucified. Jews treat this like an anti-miracle—and Greeks pass it off as absurd. But to us who are personally called by God himself—both Jews and Greeks—Christ is God’s ultimate miracle and wisdom all wrapped up in one. Human wisdom is so tinny, so impotent, next to the seeming absurdity of God. Human strength can’t begin to compete with God’s “weakness.” (1 Corinthians 1:20-25, The Message) 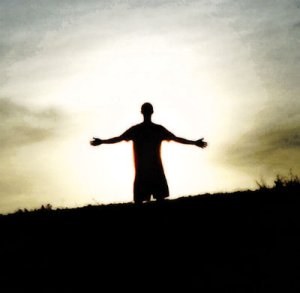 So Paul devoted his life to helping people see things from God’s point of view, instead of their own, and when they were able to do that, they discovered the joy and wonder of God’s love for them.  What this means on a practical level is that the best way to explore your faith in God is not by examining what makes rational sense about Him. Instead, you should try entering into a relationship with Him.

So here is my advice: Keep it simple. Forget the intellectual arguments and objections. Just try to get to know God better. You go about it as if you were trying to get to know a new kid in the neighborhood. That process always begins awkwardly because you don’t automatically know what to talk about. You don’t know yet if you share common interests like making videos, playing paintball, or fishing at Shelley Lake. But slowly, you begin to build a friendship each time you have a chance to do something together. You start discovering what you have in common and you build on shared experiences.

Can you remember back to when you were first getting to know Mikhael? You guys didn’t have much to say to one another. But now, you hang out together for hours on end. You know what each other likes — and dislikes. You can laugh about the crazy things you’ve done together. And sometimes, like when you’re both constructing something in the back yard, minutes may go by and neither one of you has said a word, but the silence is comfortable now, because you know each other so well .

It’s a lot like that with God, except you can’t see him and it’s not as easy to hear what he’s saying – but it starts out the same way. Kind of awkward, at first, and then, gradually, the more you spend time with Him and put some effort into getting to know Him – and telling Him about yourself – the more at ease you become being with Him. You’ll find that, soon, you’re past the point of wondering if you can believe in God and you’ll look back on that and wonder why you thought it was so hard.

Letter #1: How to Explore your faith in God concludes next week with specific examples of how to get to know God better.

I am an Anglican priest, author, wife and mother. Writing and teaching about Christian life and faith are passions of mine.
View all posts by Claudia Dickson Greggs →
This entry was posted in Bringing Home the Faith and tagged basic Christian beliefs, Christian doctrine, discipleship, faith and doubt, teens and faith. Bookmark the permalink.