Last week in Letter No. 4: Why Jesus Was Born on Earth, I wrote about how Adam and Eve found the temptation to be like God irresistible.  This week I write more about the temptations common to all humans beings and why not trusting God always gets us into trouble.

In addition to spending a great deal of time, every day, focusing on ourselves, we all have a tendency, when we hear we can’t have something, to begin to want it, and then, to resent anyone who keeps us from having it. 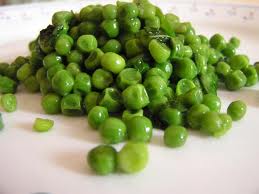 For example: if you were to tell me that I could have anything I wanted to eat except peas, very soon I wouldn’t be able to get peas off my mind.  And I don’t even like peas.  But, I would begin to resent the fact that you told me I couldn’t have them.  (“Who are you to tell me that?,” I’d think.)  I don’t like having limits imposed on me.

It’s human nature to want to be the boss of your own life (and sometimes, to be the boss of other people’s lives, too).   Deep down inside, no one really likes having to answer to anyone.  There is a rebellious streak in all of us.  But the truth is, and it’s taken me a long time to come to terms with this, what God wants for us is what’s best for us.  His authority over our lives is good for us, not bad.  It is something to welcome, not resist.

Because we each tend to act as though the world revolves around us, our choices and our wants, if left unchecked, will eventually get us into trouble.   This is the truth I’ve learned the hard way:  you won’t ever really be content in life until you choose to trust God completely.   Anything short of that leads to unhappiness and lots of mistakes — and often, lots of hurt and regret.

Adam and Eve ended up with lots of hurt and regret.  They did die, in a manner of speaking, when they ate the fruit from the tree that was off-limits.  Their choice not to trust God, to disobey Him, came with fatal consequences.  It meant they had to leave the Garden of Eden, where life was good and sweet, and live outside it, where life was harsh and painful.  Their carefree, innocent way of life was now gone.  No longer could they enjoy God’s company, face to face.  There was now a great divide between them and God, which came about as the result of their disobedience.  And, there was no way they could get back. 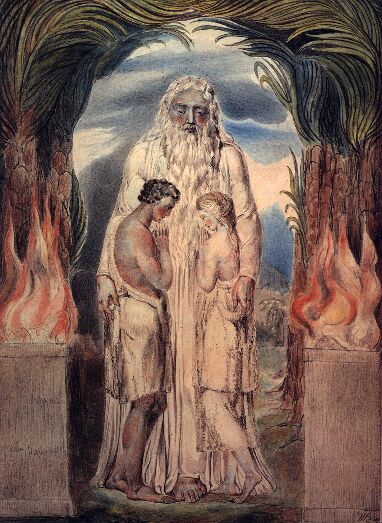 The Angel of divine presence clothing Adam and Eve with coats of skin, William BLAKE, 1803

But God did not abandon them.  He still loved them, even though they chose to listen to the serpent and not to Him.   God was still looking out for them, even though they had to live with the consequences of their disobedience.  God missed their company and He wanted them back, but unless He could get them, and their descendants, to trust him completely, they would just repeat the same mistake.  So, God was determined to find a way to help the human race, whom He created in His image, to live within His good and healthy boundaries.

God decided to try something new with a man called, Abraham, who was born many years after Adam and Eve died.  One day God asked Abraham to pack up all his belongings and move.  God was not specific about where He was asking Abraham to move.  God just said,

“Leave your country, your people and your father’s household and go to the land I will show you.” (Genesis 12:1)

The amazing thing is that Abraham actually trusted God!  He left behind all his friends and most of his family and set out for an undisclosed location with just his wife, Sarah, and nephew, Lot and their belongings.  God was pleased to find a person who would trust Him so courageously.  God blessed Abraham and Sarah and told them He would make a great nation out of them and provide and care for them, forever.

Eventually, hundreds of years later, Abraham’s great-great-great-great-great-great-grandchildren moved into the land God promised to Abraham and his family, which became known as “Israel.”  Moses was the man chosen by God to lead Abraham’s descendents there.  Through Moses, God gave them laws and commandments to live by and promised that if they were faithful to Him they would prosper and never have anything to fear.  God charged them not to forget that He had made it all possible. (You’ll find God’s charge in Deuteronomy 8:1-18.  I read this passage from time to time, so I won’t forget God has made all things possible in my life.)

Over the next seven hundred years or so Abraham’s descendents lived in Israel.  Although a few of their judges, priests, prophets and kings were incredibly faithful to God, most were incredibly sinful and they led their people astray for much of the time.  The Israelites, as Abraham’s descendents were called, often did not trust God, or follow His laws, just like Adam and Eve.  They took advantage of the poor and they worshipped false idols.  After putting up with their sins for a long, long time, God finally had enough of their disobedience and let a foreign king conquer the land and carry off the Israelites into exile in a far country.

But still, God wouldn’t give up on Abraham’s descendents, members of the human race, whom He created in His image.  He wanted to try one last time to help them trust Him and live within the good and healthy boundaries He set.  This time, however, it would be different.  Previously, God chose a special leader from among people living on earth.  But now, He was going to send His Son, Jesus, to be born on earth, just like the people He was trying to save.  And Jesus, fully God and fully human, would be able to do what others, previously sent by God, who were merely human, could not do: trust God completely and open up, forever, a way back to Him.

Next week Letter No. 4: Why Jesus Was Born on Earth concludes.

Discussion Questions for Eleventh Installment: Why Jesus Was Born on Earth

1)       Describe the rebellious streak that is in all of us.  How did it get Adam and Eve into trouble?

3)      What happened eventually to Abraham’s descendants?  Why?

4)      How was God’s last attempt to help us trust him different from all the others?

I am an Anglican priest, author, wife and mother. Writing and teaching about Christian life and faith are passions of mine.
View all posts by Claudia Dickson Greggs →
This entry was posted in Bringing Home the Faith and tagged Abraham, Adam and Eve, basic Christian beliefs, Christian doctrine, Incarnation, sin, teens and faith. Bookmark the permalink.